This year’s Iniscealtra Community Shield was again a big success, and €675 was raised for Ennis and Clare Samaritans. In the end seven teams competed in a fast and furious competition, and a high standard of play was in evidence throughout. New champions were crowned – find out more below…

In Group A the teams were: 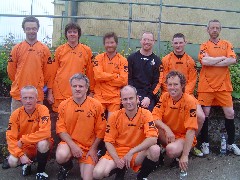 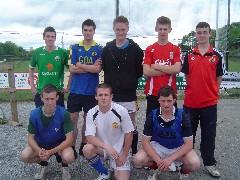 Fabulicious – who didn’t show up so lost their matches 1-0 as per the rules.

and in Group B the teams were: 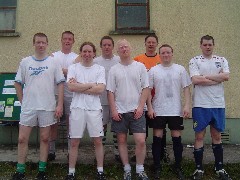 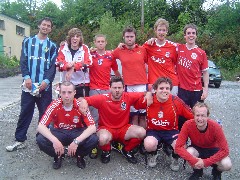 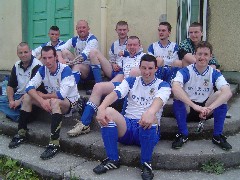 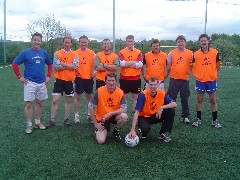 The first of the two semi finals saw familiar rivals Mixed Bag Allstars take on Absolute FC. Mixed Bag started strongly, and early on took a two goal lead. In response Absolute redoubled their efforts and deservedly got back on level terms, before taking a one goal lead. They held on to this as Mixed Bag searched for the equaliser, and just before the end as the boys in tangerine pressed forward Absolute scored again to book their place in the final.

The second semi final was a tight affair, seeing Tulla take on a youthful Johnny’s FC. Goalscoring chances were few, but one such chance was converted by Tulla and this looked enough to see them progress. Johnny’s didn’t give up however, and just before the end struck an equaliser. Consequently the game was decided in a penalty shootout, where Tulla’s experience saw them confidently progress to the final.

The final, then, saw a rematch of the Group B game between Absolute FC and The United Men of Tulla. The first game had been a somewhat heated affair, but both teams showed good discipline to make for a thrilling and sporting final. Played at a fast tempo Tulla took a crucial lead, only for Absolute to score, thus making for a thrilling finale. Tulla again took the lead in the second half, and weathered the storm well as Absolute searched for a way back in to the game. In the end it was not to be, and Tulla held on to be crowned champions.

Thanks go in abundance to our referees – Owen and Declan – for their expert performances on the day. The Red Cross also deserve our gratitude for the invaluable service they provided, attending to a couple of nasty knocks during the proceedings. Thanks also go to Scariff GAA Club for the kind use of their facilities for the day, for which they took no fee. Consequently every cent raised was donated to Samaritans to help them carry out their invaluable work. 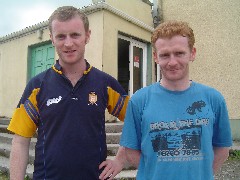